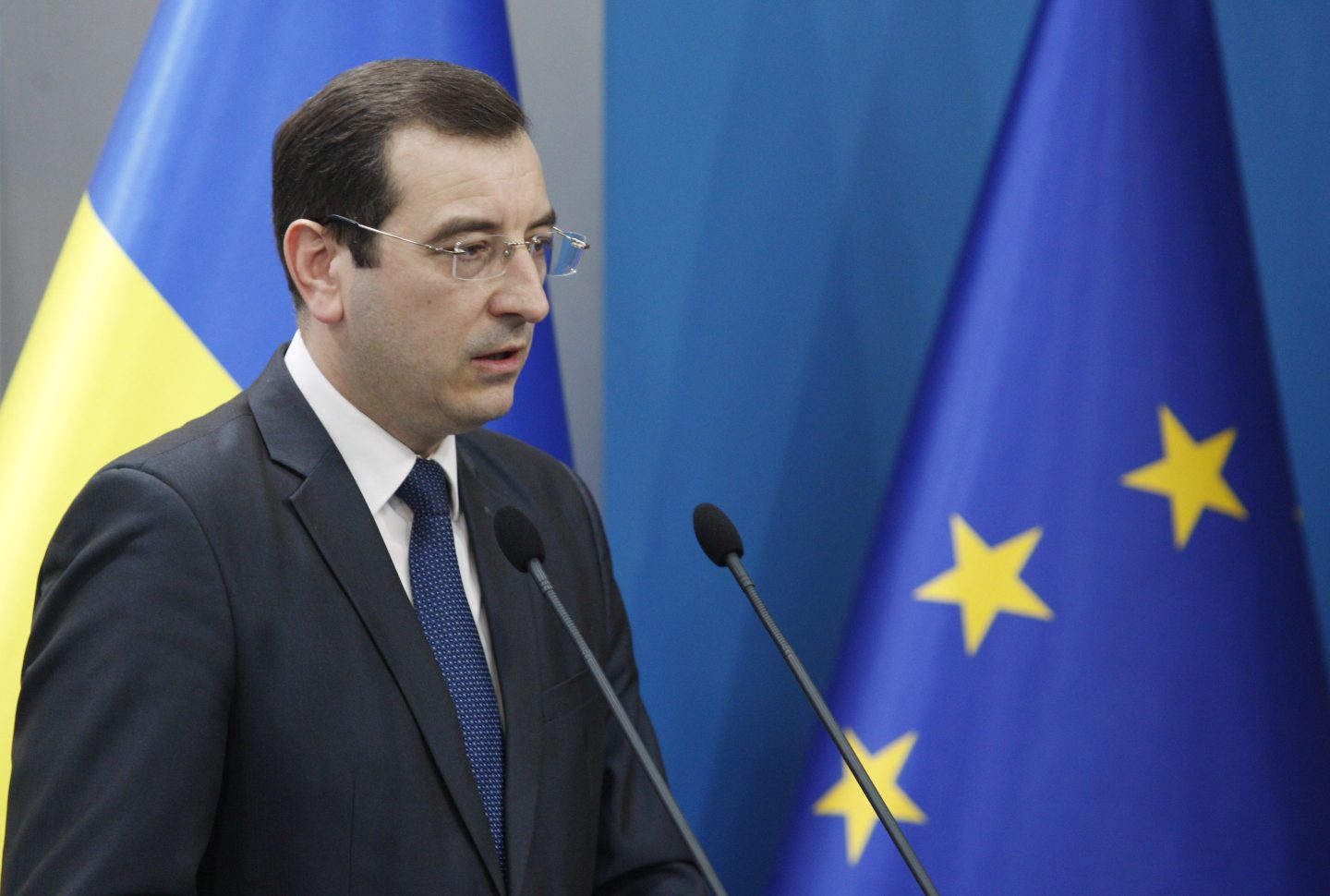 Representative of the Main Directorate of Intelligence of Defense Ministry of Ukraine Vadym Skibitsky says Ukraine’s military intelligence has put the threat of nuclear weapons from Russia at “very high.”

Fears of nuclear war are mounting across the West as Russia mobilizes hundreds of thousands of troops and prepares to annex four regions in southeastern Ukraine.

Russian President Vladimir Putin is planning to sign treaties to take 15% of Ukrainian territory and make a speech at a ceremony in the Kremlin today, after Moscow-installed administrations staged referendum votes in Ukraine’s regions of Luhansk, Donetsk, Zaporizhzhia, and Kherson.

The Kremlin claimed that all of the regions overwhelmingly voted to back annexation (by 99%, 98%, 93%, and 87% respectively).

Countries across the world have condemned the vote, with U.S. President Joe Biden saying today that the U.S. will “never, never, never” recognize Russia’s attempt to annex the regions of Ukraine.

Ukraine’s president Volodymyr Zelenskyy on Thursday said Russian forces would be met with a “tough” military response, telling outgoing Italian prime minister Mario Draghi on the phone that “the territorial integrity of Ukraine will be restored. And our reaction to Russia’s recognition of their results will be very harsh.”

But as Ukraine arms itself once again to fight against the incoming troops, the threat of nuclear war is increasing too.

And an embittered Putin, losing on the battlefield, may look to strike the region he claims to be liberating with tactical nuclear weapons, according to a Ukrainian defense official.

“[Russian military] will likely target places along the frontlines with lots of [army] personal and equipment, key command centers, and critical infrastructure,” Skibitsky said regarding Russia’s use of nuclear weapons.

“Everything will depend on how the situation develops on the battlefield,” he said.

The nuclear weapon Russia may be planning to use is about 100 times more powerful than the type of rockets it has used against Ukraine so far, Skibitsky added.

How would the world respond?

Russia has lost as many as 80,000 troops to death or injury, by Western estimates, and has been forced to scrap its upper age limit of 40 for contractual service in the army.

As protests erupted across Moscow and St Petersburg last week and military-aged men fled to the border to avoid mobilization, Putin ramped up his rhetoric on nuclear war.

“If the territorial integrity of our country is threatened, we will certainly use all the means at our disposal to protect Russia and our people,” Putin said in a recorded note, in reference to Moscow’s sizable nuclear arsenal.

White House national security adviser Jake Sullivan told CBS on Sunday that the nuclear warnings are “a matter that we have to take deadly seriously.”

He noted that the U.S. has communicated directly with the Kremlin “that any use of nuclear weapons will be met with catastrophic consequences for Russia, that the United States and our allies will respond decisively, and we have been clear and specific about what that will entail,” he said.

The move would also attract an immense retaliation from NATO.

Palestinians Right to Fight Outside the Temple Walls: Revelation 11

Russia Will Build Up Her Nuclear Horn: Revelation 16

Conclusion to Economic Consequences of the Sixth Seal (Revelation 6:15)

US, Russia & France Are ‘Pushing’ Germany Towards Becoming a Nuclear Horn: Daniel 7