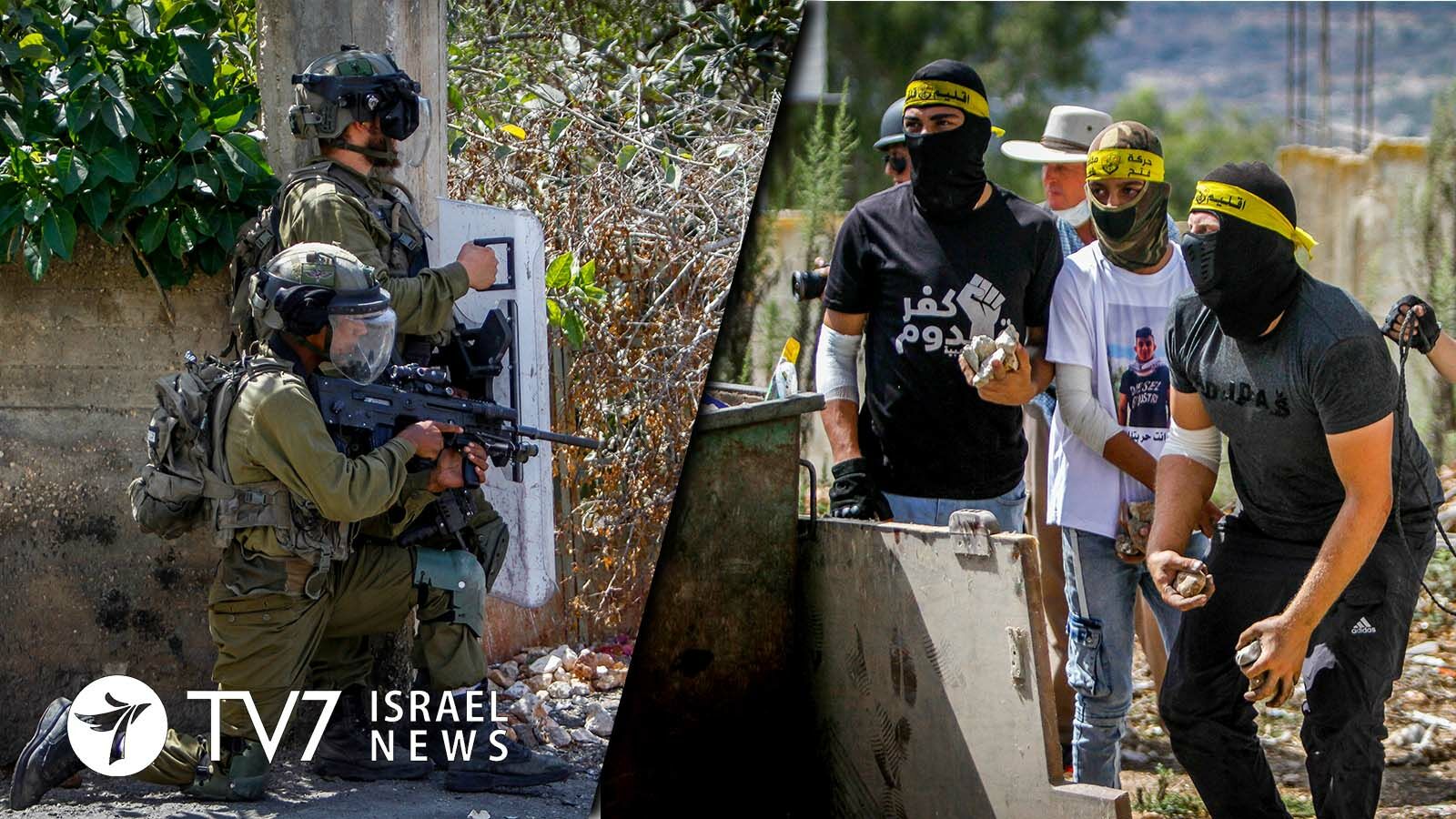 Tensions across the West Bank districts of Judea, Samaria and the Jordan Valley continue to run high – while tours by Jewish visitors on Jerusalem’s Temple Mount have sparked clashes.

By Jonathan Hessen and Erin Viner

IDF, Police and Border Police forces have deployed thousands of additional troops nationwide, and Jerusalem in particular. A closure was imposed on the West Band border crossings into the Hamas-controlled Gaza Strip ahead of the Rosh HaShanah Jewish New Year set to last until midnight tomorrow.

The latest in a near-daily series of clashes between terrorists and Israeli security forces, a Palestinian accelerated his vehicle on Saturday with clear intent to ram into IDF forces, who immediately responded with live fire. The assailant succumbed to his wounds a short time later; no injuries were reported among the IDF troops.

In a separate incident, IDF Special Operation forces from the Golani Division acted on concrete intelligence of the impending attack, ambushing a Palestinian terror cell en route to shooting at Har Bracha. The Israeli civilian community was targeted by two attacks during the past week

“Soldiers spotted armed suspects driving in a vehicle and motorcycle adjacent to the city of Nablus,” said the IDF. “Troops responded by firing towards the armed suspects. Hits were identified.”

Palestinian sources identified the motorcyclist as Said Al-Kawni. He was a member of a new Palestinian umbrella group of different factions calling itself the “Lion Den,” and hailed as a “hero of resistance” who died during “clashes with occupation forces.”

According to reports, at least two of the terrorists in the vehicle were severely injured but managed to flee into the nearby city of Nablus.

Clashes erupted this morning in Jerusalem when Islamist youth, who had barricaded themselves in the Al-Aqsa Mosque overnight, hurled rocks and shot fireworks at a Jewish group on the Temple Mount during annual Rosh Hashana pilgrimage. Police forces arrested several instigators and managed to restore calm at the holy site, and there were no reported injuries.

The Israeli defense establishment has called on the Palestinian Authority (PA) to do more to rein in violence by gunmen associated with factions such as the Gaza-based Palestinian Islamic Jihad (PIJ) and Islamist Hamas terrorist groups – which are well entrenched in cities like Jenin and Nablus. The PA, however, increasingly unpopular among many in the West Bank, claims its ability to exert its rule has been systematically undermined by Israel.

Most stores in Nablus were closed yesterday after Palestinian terror groups called for a general strike, while 30 Palestinian prisoners in Israeli jails began a hunger strike in protest at their conditions of detention.

Israel’s security establishment launched Operation Waves Breaker to root-out terror elements in the West Bank last spring to counter a deadly surge of attacks against Israelis that killed 19 people between March and May 2022. Since that time, IDF, Israel Security Agency (ISA, Shin Bet) and Border Police Special Operations forces have repeatedly come under attack during nightly raids while carrying out ongoing anti-terror activities throughout Judea and Samaria.

“There are many people in the State of Israel who do not know that they are alive thanks to you. If you weren’t present, if your battalion didn’t exist, if this place wasn’t established, if your missions of reconnaissance or arrests were not undertaken, there would be many new graves throughout the state of Israel. They will never know. They will go about their lives, meet their families today, kiss their children, dip some apple in honey, and this whole time – they will not know that they are alive because of the group of people sitting here,” he said.

The Premier went on to laud operation activity by the Border Police and IDF forces as “Holy Work,” and urged the troops to proceed with caution while remaining vigilant for their own lives.

Last week, Prime Minister Lapid  called for the revival of long-dormant efforts to secure a Two-State Solution to the conflict, following the most recent appeal by United States President Joe Biden.

US-brokered peace talks aimed at establishing a Palestinian state in the West Bank, Gaza and eastern side of Jerusalem collapsed in 2014.http://andrewtheprophet.com

Palestinians Right to Fight Outside the Temple Walls: Revelation 11

Russia Will Build Up Her Nuclear Horn: Revelation 16

Conclusion to Economic Consequences of the Sixth Seal (Revelation 6:15)

US, Russia & France Are ‘Pushing’ Germany Towards Becoming a Nuclear Horn: Daniel 7