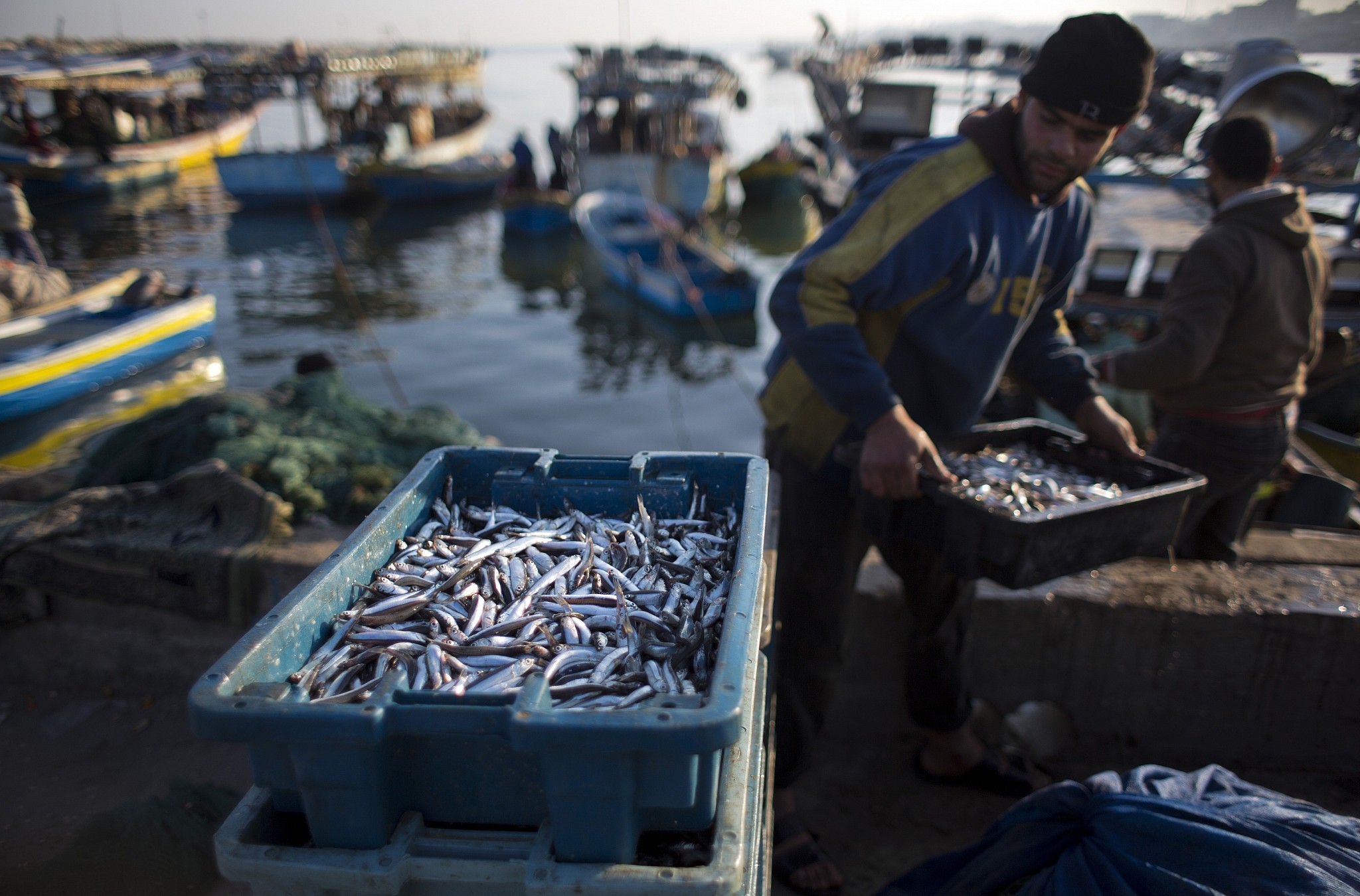 The Israel Defense Forces said Tuesday that navy forces had arrested four Palestinian fishermen off the coast of the Gaza Strip who were suspected of smuggling.

The four were picked up by the navy off the coast of the Rafah, the southernmost point of the Strip.

The navy did not disclose intelligence about the cargo confiscated Tuesday, but confirmed that the two vessels used by the fishermen were searched.

Attempts at smuggling via the maritime route from northern Egypt are believed to be frequent. Underground tunnels that once linked Egypt to Gaza have been rendered largely unusable by Egyptian and Israeli counter-smuggling measures and operations.

In late July, the Israeli Navy sank a ship bound for Gaza from Egypt because it was suspected of illegally transporting equipment for the Hamas terror group. Israel said it had found “equipment” aboard the ship after its capture, but did not elaborate.

Palestinian fishermen unload their catch after a night fishing trip, in the Gaza Seaport on April 3, 2019. (AP Photo/Khalil Hamra)

Israel has maintained a naval and ground blockade on Gaza since 2007, when Hamas took control of the Strip from the Palestinian Authority through a bloody conflict that followed contested elections. Egypt also blockades the territory.

Critics say the blockade is a form of collective punishment that harms the Gazan economy. Meanwhile, Israel maintains that the blockade is necessary to prevent Hamas from acquiring weapons it intends to use against Israeli civilians.

The blockade has had a particularly negative effect on fishermen, who cannot stray too far from the shore without facin