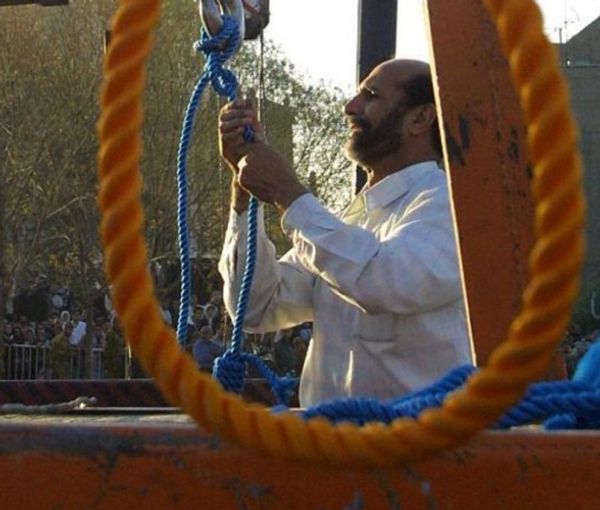 A public hanging in Iran. Undated

Amid a new wave of popular protests across Iran, the country’s judiciary has hanged at least 26 prisoners in various cities over the past 10 days.

Oslo-based Iran Human Rights reported the spike in executions on Friday, saying that the sudden increase, as several cities in the country are the scene of anti-government protests, shows that the Islamic Republic authorities use the death penalty as a means of creating fear in society.

According to data collected by the right group, at least 26 people, including two women, were executed from May 17 to 27 in 11 Iranian provinces. Seven of the executed men were Baluchi citizens — an ethnic minority making up five percent of the population — and were sentenced to death on “drug-related” charges.

Calling for the abolition of the death penalty, Iran Human Rights Director, Mahmoud Amiri-Moghaddam said, “While most of those executed were charged with crimes such as murder and drug offences, the authorities use the death penalty as a political tool. The executions are carried out with the aim of suppressing dissent.”

Earlier in the month, Amnesty International’s annual report on the worldwide use of the death penalty showed Iran as a country with a “disturbing spike” in executions.

The 66-page report, published Tuesday, found Iran executed at least 314 people in 2021, a 28 percent jump from at least 246 in 2020 and the highest figure since 2017. Amnesty said that in Iran “death sentences were disproportionately used against members of ethnic minorities.”