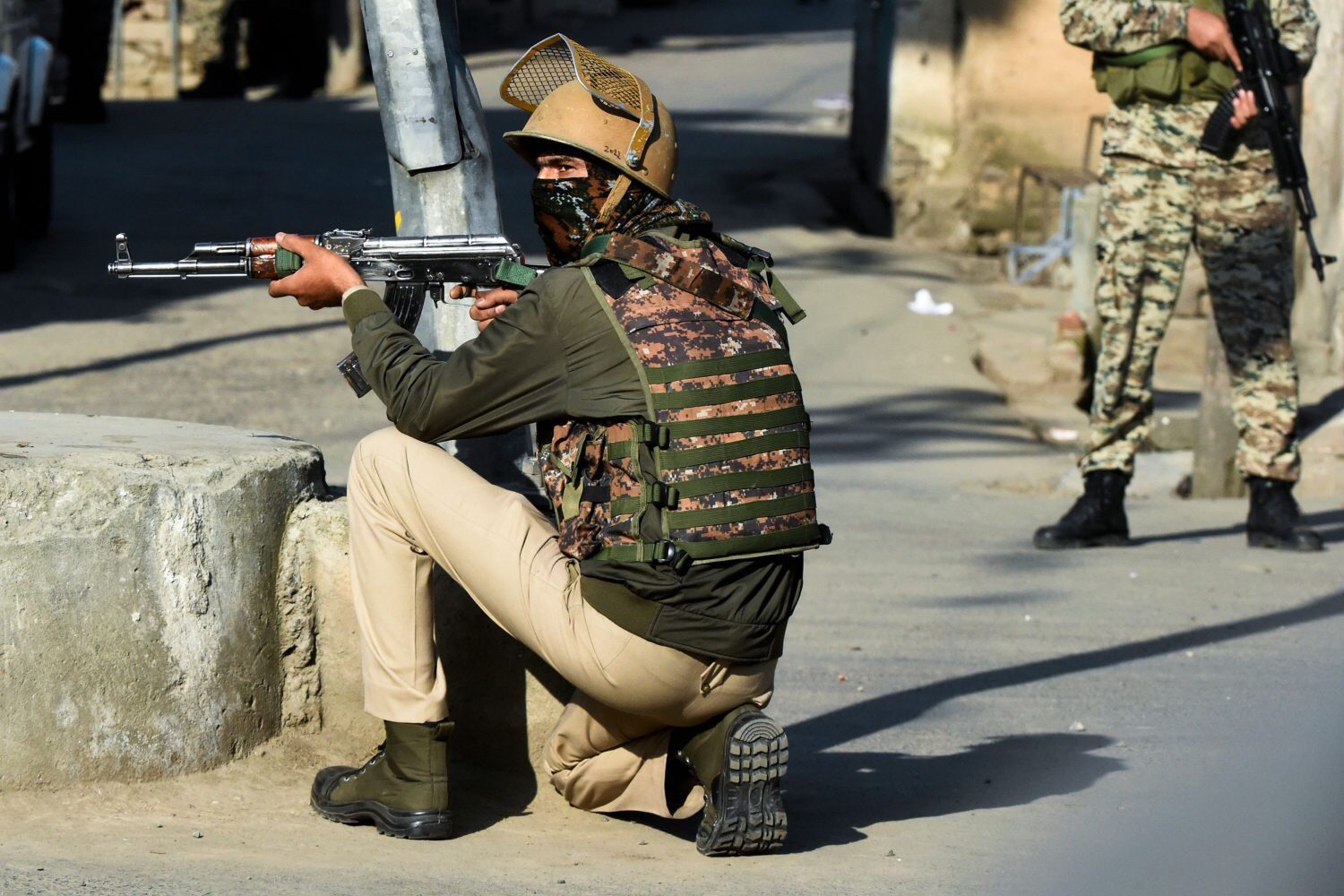 India-China standoff: is nuclear deterrence hanging on a slender thread?

Since the inception of the current nuclear doctrine, twenty years have elapsed and there has been a dramatic shift in the global security architecture. This is mainly due to the rapid transformation of multiple and newer technologies of Information domination, gathering of real-time Intelligence, digitisation and the increased use of precision-guided munitions to name a few. The geopolitical security landscape is also under flux due to the rise and belligerence of China and its subservient allies. Before we delve into the desired changes in recalibrating the existing nuclear doctrine, we have to understand, how in tandem, it will also affect the national military strategy.

The theory of “Pre-war deterrence” and “Intra-war deterrence” in the Asian context needs to be seen by the NSAB urgently for a corresponding change in India’s nuclear strategy. The linkage between Flexible Response and the Command and Control is a critical infrastructure, which should give a real-time management facility. Strategists like Racket, Stinbruner, and Cartor, to prove this point had carried out a major study on this aspect. Military doctrine is more commonly a product of strategy. It spells out the principals and lays the dogma for development, employment and deployment of force. In nuclear terminology, the nation’s nuclear policy is the broad strategy comprising facets like a blueprint for development, the requirement of Fourth Generation systems, and use in Space. The nuclear doctrine thereafter gives principles concerning the ethical, physical aspects and declaratory statement for the necessary deterrence effect. It may also include aspects like threat assessment, nuclear threshold levels and retaliatory strike drills and training. In short, it operationalizes the nuclear forces. Ideally, the Military (CDS) should decide the policy, which could be deliberated by the NSAB thereafter, for evolving the operational aspect of the doctrine.

Analysing the Chinese and Pakistan nuclear growth and strategy will also facilitate India in recalibrating the new Indian ‘Nuclear Strategy’ and a follow-up doctrine. Nuclear analyst holds that China is modernizing “the PLA’s nuclear capability through the creation of a small yet more accurate and versatile triad-based strategic and tactical missile force” China has 320 nuclear warheads(Figures could be much more) this year as against 290 in 2019 and Pakistan has 160, which were about 150 to 160 in the year 2019. India has the least among the three with 150 counts of warheads and had 130 to 140 in the year 2019. New developments further suggest that China intends to increase the peacetime readiness of its nuclear forces by moving to a launch-on-warning (LOW) posture with an expanded silo-based force.

The arguments that can be made for a changed doctrine are summarised below:

NFU/FU Debate. Incentive of damage limitation during a crisis when nuclear use is imminent could shift the calculus in India’s decision-making to the point that pre-emptive counterforce first strike becomes a rational choice to avoid the damage inflicted by first use. This is a more desirable option when the foremost objective of India’s nuclear doctrine to keep the conflict from going nuclear is not met. While the NFU may serve India’s interest in peacetime, it will make no sense to absorb the full impact of a potential first nuclear strike or use, particularly when such use is imminent.

Counter-Force Targetting.There is a need for a study on ‘Tactical Weapons’ and its linkage to the Escalation ladder and the need for a flexible response only further strengths the stability and the deterrence factor. History of NATO-WARSAW also proves the same point. In any case, both China and Pakistan have Nuclear weapons and have a policy for its military use. Future technologies talk of very light Fourth Generation Nuclear Systems, which can be fitted, on a tactical missile.

Threshold Perceptions. This enables a nuclear weapon in complimenting military operations. These could be geographical points showing a nuclear response if the adversary crosses the line.

Battlefield Transparency. This enables better targeting and situational awareness by the adversary. This demands a lesser response time by defender when following an ‘NFU’ policy. Thus, it is necessary to create architecture for Information domination and reaction. This may demand the necessity of having “Launch-On-Warn” capability. Space militarisation unfortunately, is an unfolding reality. India also needs judicious investments in this frontier to enable building a kind of “Space Deterrence” which may in fact degrade the potency of strategic nuclear weapons as against firing precession guided fractional nuclear weapons

Transparent Nuclear Doctrine. Adoption of newer technologies with special emphases on Precision Firing capabilities, Fourth Generation systems etc. be included in the open doctrine. Being transparent in a doctrine strengthens the deterrence rather than grading things as classified, which only aids de-stability.

The issues, as discussed above need to be further debated for a national consensus. The Parliament or at least the CCS should preferably clear the same. Thereafter, plan the Force Structuring and employment in a short time frame due to the fast detonating security environment around India’s perimeter. There is a definite requirement of a more Atmannirbhar ‘R&D’ on many future nuclear weapons technologies. Some facts on nuclear modernisation and its application are spelt out as (i) US is making a ’Mini-Nuke’ (W76-2 bomb), which will ensure shrinkage of power and enable tactical applications. This will enable nuclear-war-fighting “flexibility,” This weapon system will transcend the concept of deterrence.to war fighting. The limited use of tactical nuclear weapon to “restore strategic stability” is essentially the same concept as the Russian “escalate-to-deescalate” doctrine that the Nuclear Posture Review also had mentioned.(ii)Multiple countries are seeking to build even smaller and more sophisticated nuclear weapons, China is developing a mobile missile with multiple-independently targeted re-entry vehicles (MIRVs) In order to counter missile defence, (iii)China and Russia are developing hypersonic glide vehicles, and Russia is probably developing a nuclear-armed, nuclear powered underwater vehicle (iv) Concept of Non-Strategic Nuclear weapons and munitions like artillery ammunitions and mine are taking roots. (v)Finally, miniaturised nukes and fractional bombs are becoming possible because of technologies like the Fourth Generation Nuclear Systems, which are based on Plutonium. They are also called the Pure Fusion bombs.

These trends are shifting warfare from the ‘Mutual Assured Destruction’ analogy, based on Counter-Value targeting, which had ensured deterrence. However, as can be seen, the USA and others are talking of Fractional yields to be used for war fighting. They are talking of using tactical mini-nukes to stabilise a combat situation to protect a strategic objective. What does that imply? Will we have two levels of deterrence? One in the spectrum of nuclear war fighting and the other for going for higher yield weapons, which target major cities, and population centres. This kind of layered deterrence may become the new norm. Nevertheless all the above, the fundamental basic moot question is, what will be the impact of these niche technologies on the slender thread of the existing strategic deterrence? Since after the First Nuclear Bomb, both NATO and the erstwhile WARSAW and now Russia have not allowed the thread of deterrence to break at any cost, in spite of various precarious geopolitical conflicts. The future will be very uncertain with China also jockeying for superpower status. Therefore, India is left with a very limited option of defying the trends of tactical nuclear weapons. This may even require a national debate as a good democracy demands. Finally, as can be seen, the future of global security is definitely under challenge as we see the slender thread of nuclear deterrence weakening more and more to create an uncertain world.

The blog will address national security issues like on Space warfare,Transformation of the Armed Forces,Terrorism,Siachen and the geopolitics of the Himalayas.It will also cover issues on the China and Pakistan threats